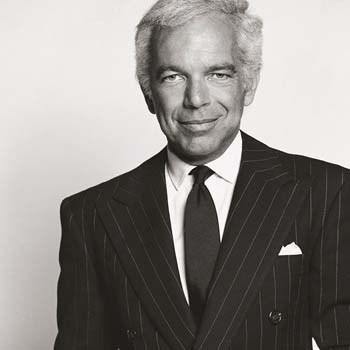 Ralph Lifshitz was born in The Bronx, New York City, New York, United States to Fraydl and Frank Lifshitz. He belongs to Jewish descent. He graduated from DeWitt Clinton High School in 1957.

He married Ricky Anne Loew-Beer on December 20, 1964. He met her six months earlier, as a receptionist in an eye doctor's office. They have three children altogether and living happily together.

There is a rumor about Lauren is designing Navy uniform.