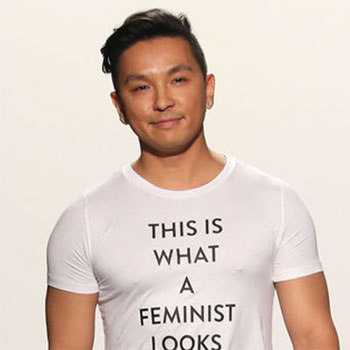 ...
Who is Prabal Gurung

Prabal Gurung (born on 31 March, 1979) is a Singapore-born Nepalese-American fashion designer based in New York City. He became the design director at Bill Blass.

Gurung was born in Singapore to Nepalese parents. He grew up in Kathmandu, Nepal. He attended St. Xavier's School and finished his high school education. He began his designing career in New Delhi, India.

In 2013 Prabal acquired US citizenship. He currently resides in New York City. There is no any information about his love life in the public media yet.

Prabal gurung was born on 31march in1979A.D.in singapore from the nepalese family. He passed his childhood in kathmandu,Nepal.He went to Catholic Jesuit School named as St.Xavier's school.And he completed his higher education from there. Prabal began his career of fashion designing from New Delhi of India.
He was nepali citizen,although he used to live in Singapore.Prabal Gurung worked as the director of famed brand label. He also worked in Bill Blass for five years as a directo of designing and got the sucess also. He established his own position in february of 2009.He had designed for the world's well-known women like Michelle Obama the wife of American president,Demi Moore and Oprah Winfery.Though gurung was born in Singapore,he spent his childhood in Kathmandu,Nepal. He was proud to be nepali and express his gratitude towards Nepal by highlighting Nepal for being managed to do everything perfectly. But he is worried about the nepalese population suffers from poverty and illiteracy. He is hopeful that he would be able to reduce such problems. He is a renowed Nepalese,American fashion designer who has made his own pisition in the line of fashion with his own effort.
He started his fashion designing career successfully from february in the year 2009 in the New York fashion and along with a management at the Flag Art Foundation.He completed his studies at New Delhi Institute of fashion technology. He finished a traineeship at more than a small number of limited production and fashion houses and designed with Manish Arora at the one point of career initaion. He also supported the other stylists in Melbourne and london in the various fashion programs and the global publication.