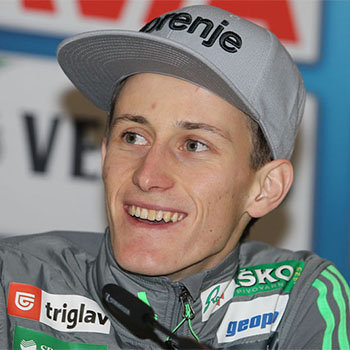 Peter Prevc is a ski jumper and is better known for being the winner of the 2016 Ski Jumping World Cup. Once he also hold a world record.

He was born to Julijana Prevc and Dare Prevc in Kranj, Slovenia. He has four siblings and they are named as Domen Prevc, Cene Prevc, Nika Prevc and Ema Prevc.

He weights 62 kg and his height is six feet tall. He won three consecutive Ski Flying World Cup titles from 2014 to 2016.

Besides being one of the successful contemporary athletes in the sport, Peter is still a single lad. He is completed focused on his career.

He has been named Slovenian Sportsperson of the Year several times in his life.