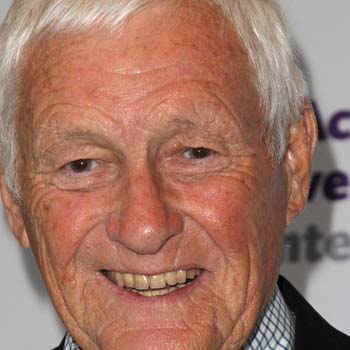 He was born on 22nd of July 1928 in Burlington, Vermont, United States. He was born to Marian Ainsworth (née Pollard) and George Frederick Burrows.

Its been more than six decades he has been active in acting. He made his acting debut by starring in the TV series Broadway Television Theatre.

He got married to Rain Winslow in 1956 but it was dissolved half a decade later. He is now married to Alley Mills since 1993.

He is also a great writer and a former US Army.