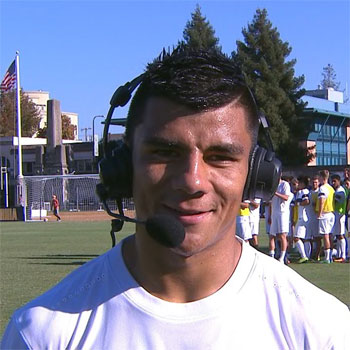 Between 2013 and 2016, he played four years of college soccer at the University of California.

He made his professional debut on March 4, 2017, starting 1-0 win over Montreal Impact. On March 11, 2017, he scored his first professional goal in a 3-2 victory against Vancouver Whitecaps.

He has revealed insufficient info about his private life. He has not mentioned whether he is married or having an affair with anyone. Besides his football, he loves to play baseball and his favorite basketball team is Los Angeles Lakers.

So far, there are not any drastic rumors regarding his personal and professional life. Moreover, he has never dragged in any controversy to date.