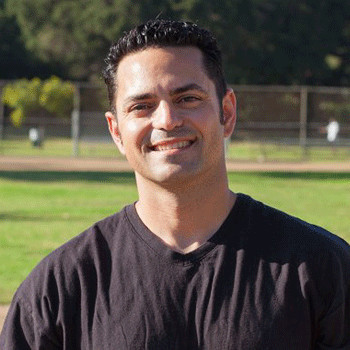 Vitar was born in Los Angeles, California, United States. At 12 he initiated his acting career when a casting manager saw him in school carnival.

In 1997 he retired from his acting career. He has older brother is Pablo and his sister is Elizabeth. He belongs to Cuban descent. Mike also served in Gerber Ambulance in Torrance in 1996.

In 2006 he tied a knot with Kym. The couple have one daughter and two sons. Currently the family is residing in their house in Los Angeles.

He is going to face the 4 years in a jail for brutally attacking a 23 year old student on Halloween. He paid a $30,000 for bail.