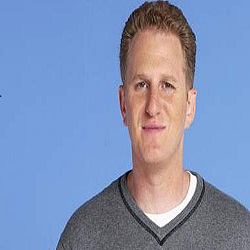 ...
Who is Michael Rapaport

He was born in Manhattan, New York City to June Brody and David Rapaport. While he was in his high school he was expelled. After that he moved to Los Angeles, California for his career as a stand-up comedy.

His birth name is Michael David Rapaport. His net worth is estimated to be $12 million. He is average build. He follows Jewish religion. He belongs to white ethnic background. His hair is red in color.

He used to contact Lili Taylor without her consent even after their relationship was ended. Due to his behavior he was arrested. He is married to beautiful Nichole Beattie. The couple is blessed with two children named Julian Ali and Maceo Shane.

According to mediamass he was rumored to be dead at the age of 45.