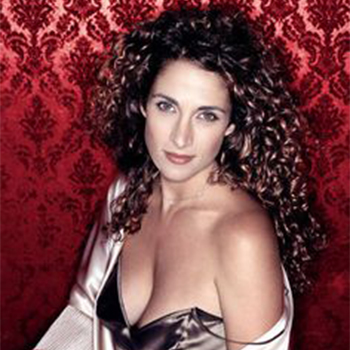 ...
Who is Melina Kanakaredes

Kanakaredes was born in Akron, Ohio, the daughter of Connie (née Temo) and Harry Kanakaredes. She is a second-generation Greek-American and speaks Greek. She graduated from the Firestone High School in Akron. She attended Ohio State University, and then transferred to Point Park College in Pittsburgh, Pennsylvania from where she graduated with a Bachelor of Arts degree in theater arts in 1989.

Melina Kanakaredes’s net worth was estimated to be $10 Million. She made her stage debut at the age of eight in a production of Tom Sawyer. She was spokeswoman for Maybelline New York in 2001.

Kanakaredes married Peter Constantinides on September 6, 1992 whom she met when they were both students at Ohio State University. Together they have two daughters: Zoe (b. 2000) and Karina Eleni (b. 2003).

For her performance in series Providence , Melina received the 2000 TV Guide Award for Favorite Actress in a Drama and was nominated for the same award in 2001.