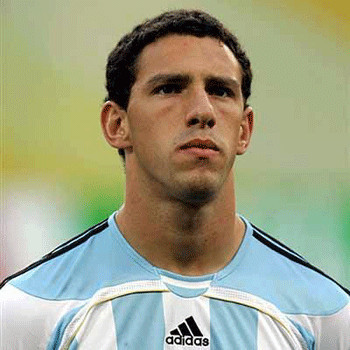 ...
Who is Maxi Rodriguez

He was born at Rosario, Argentina. Since his young age, he had a passion and interest about soccer. There is no information about how his childhood was spent.

His nick is "La Fiera" which refers to Beast in English. His real full name is Maximiliano Rubén Rodríguez. He has a weight about 74 kg and wears 11 no. jersey while playing from club. It is said that he has got salary about 3.3 million Euro.

He is a married man, who has a family of 4. Gabriela Rodriguez, is his spouse. This married couple has two children named Atiana Rodríguez, Alma Rodríguez.

He has got different achievement and medals playing from a club and a national team. But has no any individual popular awards as a player.