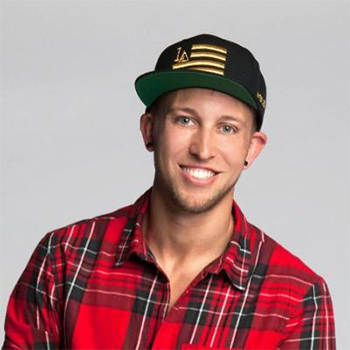 A choreographer, teacher, and dancer, Matt Steffanina is best known for being an executive producer of Dance Tutorials Live. He is also popular in YouTube.

He was born in Virginia, United States on 20th of October 1986. He was raised in Virginia till his mid teens and then he moved to Los Angeles.

He has been dancing since he was 13. He didn't had any formal training of dancing as he learned dancing by himself.

He hasn't been married yet but he has already vowed to get married soon with Dana Alexa. They have been engaged for several months.

He has also appeared in the reality show The Amazing Race.