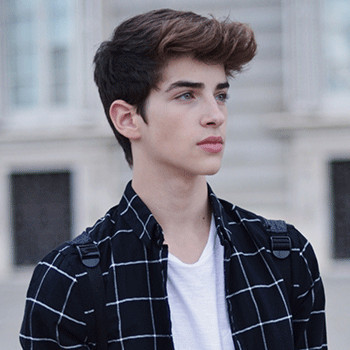 Manu first opened his eyes in Calzada, Calatrava, Spain as a son of Manoli and Julian. He has an older sibling Josemy. In 9 years old he initiated his acting career.

Crew of Cantando en Familia were the one who first let him to play on their show. Rios is also associatd with the teen band and took part in the musical Don Pepito.

After being so popular and so successful he has managed to keep his personal life low to his fans. It seems like he is quite career oriented.