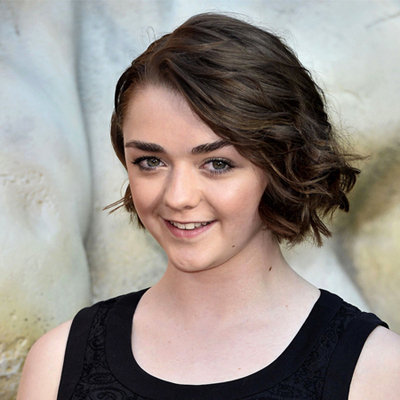 ...
Who is Maisie Williams

Rebellious, witty, tomboy and quick thinking Maisie, is been performing trampolining, gymnastics, freestyle, ballet, tap and street dance since she was 4 and still on.She has a pet tortoise, Barney.

Was raised by her mother Hilary Williams along with her three elder siblings. She is very young for her age to be linked for any kind of affair, so such news are not found.

Was nominated in 9 awards from which she won two: EWwy Award for the best supporting actress and 65th Berlin international Film for Shooting Stars Award.

There was a rumor that she will be featured as Ellie in video game "The Last of Us".

Mel Brooks is Film director, producer and screenwriter from America. He is also an actor, comedian, composer and songwriter. He is remembered as a creator of broad film farces and comic parodies.