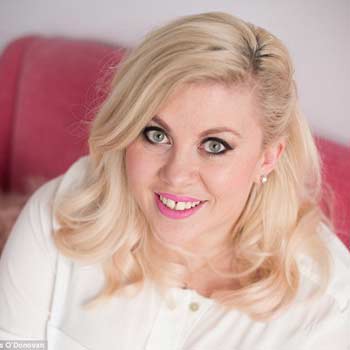 ...
Who is Louise Pentland

Louise Pentland mother died of metastatic breast cancer when she was seven years old. Her father later remarried and Louise suffered mental and physical abuse from her step-mother. She graduated with the honors in Psychology from Liverpool John Moores University in 2006.

Aside from YouTube personality, she is a successful author, and her published works are Wilde About The Girl: Sunday Times NUMBER ONE BESTSELLER Louise, Wilde Like Me: Curl Up and Get Cosy with the Number One Bestseller, Wild Like Me, Sprinkle of Glitter 2016 Diary: Have the Best Year of Your Life!. She has a staggering net worth of $1.5 million.

Louise Pentland married his boyfriend, Matt Watson, a math teacher, after having an affair, on 4 September 2010. Their only daughter Darcy Jane Watson was born in April 2011. They both legally separated in the mid of 2014. Through a vlog, in 2016, she stated about her relationship with a 40-year-old man, Liam. They together have a daughter.

Louise was rumored as untalented and money-hungry by different social media platforms; however, she hasn’t revealed anything relating to this topic. There are no other desperate controversies relating her personal and professional life.

Handsome and famous internet sensation from Australia.He came to recognition after posting videos related to comedy such as Dubbed Anime Sucks and others.

Allie Wesenberg is an internet personality. She is also a blogger. She is also known by the names Squiggles, and Allie Wes.