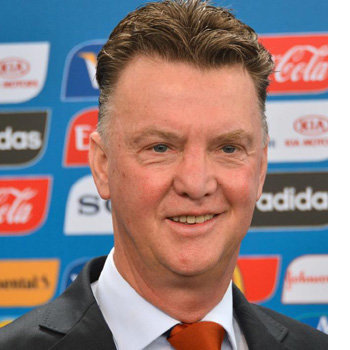 He was born and spent his childhood in Amsterdam. During his childhood days he started playing for RKSV 'De Meer'. He then joined Ajax when he was 20 years old. In 1991 he became manager after Beenhakker left.

His father was a salesman but when van gaal was 11 unfortunately his father died. He got married to Fernanda but she died in 1994 because of pancreatic cancer. They had two daughters named Brenda and Renate. He then got married to Truus.

He was rumored to target Marco Reus in £120m.