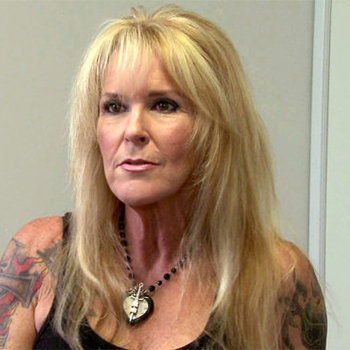 Ford was born to an English father and an Italian mother in London, England. When she was about in second grade, she moved with her family to the United States, eventually settling in the Los Angeles area.

She started playing guitar at the age of eleven. Deep Purple inspired her to play. She was recruited at age sixteen to become a member of The Runaways through Kim Fowley.

She was briefly engaged to Black Sabbath's guitarist Tony Iommi in the mid-1980s. She has two sons named Rocco and James. Ford was married to W.A.S.P. guitarist Chris Holmes in the early 1990s for a short time; the pair divorced and Ford began dating former Nitro vocalist Jim Gillette in 1994. They have two sons, James and Rocco Gillette.

In 2013, Ford referred to her ex-husband as a "control freak" and commented that Gillette had turned the children against her because she had taken a trip to speak to TLC executives about the impending reality television show deal.