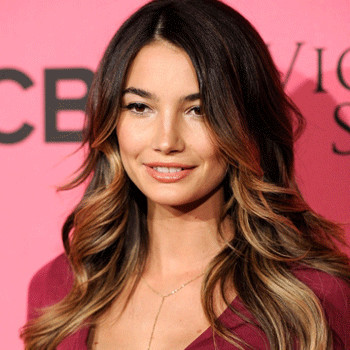 ...
Who is Lily Aldridge

Lily was born in Santa Monica, California. Her entire family is fashion oriented. Her father is an English artist named Alan Aldridge and her mother is Play Boy Playmate Laura Lyons.

Lily is best friends and neighbors with singer Taylor Swift in Nashville. She started her modelling career at the tender age of 16 for Abercombie and Fitch. She hates running but loves Ballet.

Lily was engaged to frontman of King of Leon, Caleb Followill in September 2010 and married him on 12th May 2011 in California. The couple are paretns to a daughter named Dixie Pearl.

Lily has walked the runway of Victoria's secret for half a dozen times. She has been the face of Velvet Tee's for almost 9 years and recently became the face of clothing company XOXO and skincare company Proactiv.

There have been rumors about Lily kissing her BFF Karlie Kloss but she later denied it strictly. There were also rumors about Aldridge being single but later it turned out false.