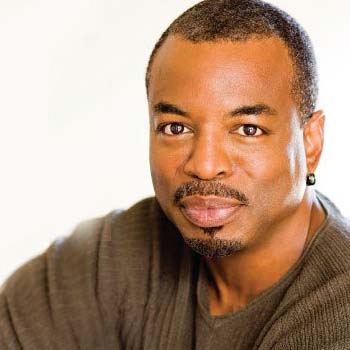 Burton was from Catholic and enrolled in St. Pius X seminary in Galt, to become a priest. Later he graduated from Christian Brothers High School. As he got scholarship in drama and graduated from University of Southern California School of theater. He was also the member of the Sigma Alpha Mu fraternity.

He has appeared and directed many television series which made him internationally renowned. He is also author of Aftermath, 1997. He positioned himself on the board of directors for the AIDS Research Alliance, a nonprofit, medical research organization dedicated to finding a cure for AIDS. His has net worth of $6 million.

Burton is married with Stephanie Cozart Burton, who is a professional make-up artist. The couple have got a daughter, Michaela Jean Burton. Now they are living in Sherman Oaks, California. He has a son from a previous relationship.

As he is so globally recognized, he has won many awards and nominated in many categories. He won Grammy Award for Best Spoken Word Album, Television Critics Association Award, Chicago International Children's Film Festival, Daytime Emmy,Hollywood Walk of Fame and nominated in Emmy,Image Awards and so on.