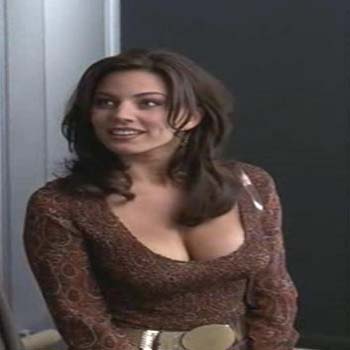 A very elegant and charming actress and model from America, who is better known for her promising role in seriesDays of Our Lives and movie Liar Liar.

Born in Ventura, California and raised in Austin, Texas, she majored in education from University of Texas. Later she pursued her career in acting.

Krista is vegan and yoga instructor. She had done nude modeling in many magazines. Likewise she has jaw dropping net worth of $4 million.

Allen is divorcee. She was married to Justin Moritt, with whom she had a son. Later she wedlocked with Mams Taylor. Currently she is dating Nathan Fillion.