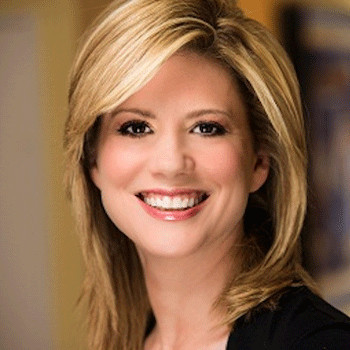 ...
Who is Kirsten Powers

Kirsten Powers is an American political pundit, analyst and Fox News contributor. She is an intellectual personality considered to be the Democratic Party’s national voice and has worked as a columnist for USA Today, Newsweek.

She was raised in Fairbanks, Alaska by archaeologists parents, with Irish-American heritage. She graduated from the University of Maryland and later she joined Georgetown University Law School for a year.

She has been able to publish her numerous articles in USA Today, Elle, the New York Observer, Salon, and the Wall Street Journal. In 2005, journalist Ben Smith wrote that she is one of the emerging Democratic Party’s national voices.

She was first married to Dr. Marty Makary, the Professor of Public Health at Johns Hopkins University on January 2010 but due to some reason they got separated. Around 2002, she had a romantic affair with former Congressman Anthony Weiner.

She has served in Bill Clinton's administration as the Deputy Assistant U.S. She was Vice President at the AOL-Time Warner Foundation and the International Communications at America Online.

kirsten's statement about the media seem to be taking their orders from the Obama's administration has dragged her to a great controversy.

Kirsten A. Powers, currently a columnist for The Daily Beast, a contributor to USA Today, and a Fox News political analyst, was born in 1969 in Fairbanks, Alaska. Even though raised by archeologists, Powers developed a strong interest in ‘politics and debate’ as every night at dinner she was expected to state her opinions and defend it on the issues of the day. Thus, moving ahead in the direction of her interest, she graduated from the University of Maryland and also attended Georgetown University Law School for a year and a half.
She began her career in 1992 as a Democratic Party staff assistant with the Clinton-Gore presidential team. Similarly, from 1993 to 1998 she served as the deputy assistant U.S. trade representative for public affairs in the Clinton administration. In this way she proved her high intellectual capabilities working in New York Democratic politics for many years where she also was involved in variety of other roles such as a staff member of the New York State Democratic Committee, as the press secretary for the Governor campaign for Andrew Cuomo, and even as the communications director on the mayoral campaign of C. Virginia Fields. She also worked as a consultant in various non-profit organizations including Human Rights First and the National Council for Research on Women (NCRW). Her contribution on “Vote No on 3” campaign was highly appreciated which tremendously defeated the then New York City Mayor’s (Michael Bloomberg) ballot initiative to eliminate party primaries. It was not always that she served the winning party, which was seen when she briefly worked as a press secretary on an unsuccessful bid to be Democratic National Committee (DNC) chair for Donnie Fowler.
But there was something else she saw opportunity in, due to which she even left for the vice presidency and took up international communications job at America Online (AOL), the most dominant internet service provider of that time. Her decision seemed to be right when AOL merged with Time Warner and she got appointed as a vice president of AOL-Time Warner Foundation.
Besides these “title based jobs” she has also written a column for “The American Prospect” and has published numerous articles in USA Today, Elle, the New York Observer, Salon, and the Wall Street Journal. And recently in 2015, she published “The Silencing: How the Left is Killing Free Speech”.
Though it was Powers career life that brought her in the lime light and provided her with all the recognition, her personal life as well is worth noticing. She is a very religious person and prefers to be called orthodox Christian but it was not so during her early adult life, which she spent being an atheist. The credit for this conversion in her belief can be dedicated to the religious Christian man, she dated during that time. This faith reached heights when in 2006 during a trip to Taiwan she believed to be visited by Jesus. But such progress in spiritual life and likewise in her work life was not at par with her relationship life where she briefly dated former congressman Anthony Weiner in 2002 then married in January 2010 to Dr. Marty Makary, Professor of Public Health at Johns Hopkins University which only lasted till 2013.
Powers is an individual who is never anxious of stating her opinion on variety of matters, publicly. She supported Obama’s health care reform widely, stating it to be a moral imperative to supply health care to all Americans but later upon realization of the way it was implemented that nearly doubled the premiums, she openly agreed with Ron Fournier’s headline in National Review, "Why I'm getting tired of defending Obama care”. Powers believes in helping illegal immigrants providing a path to citizenship. Similarly, she also supports civil unions for LGBT Americans, favors gun control, democracy, etc. In the same manner as she has made her supports public, her oppositions are as well open. She opposes Iraq war, death penalty, military policy (don’t ask, don’t tell), the Fairness Doctrine and so on.
One thing that we can learn from her life is, unlike many people these day follow, being steady in one’s own rational beliefs, without trying to please everyone one does can achieve success. No matter the time, no matter the situation, it’s always the endeavor that counts at last.

Nick Valencia is a TV journalist from United States and she is known for his work at ESPN, HLN, CNN International & CNN en Espanol