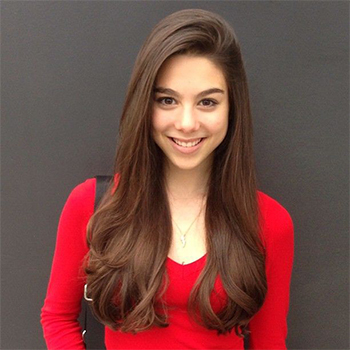 She was born on 7th of October 1997 in Boca Raton, Florida, United States. As a child, she was interested in dancing and she studied ballet since her childhood days.

She is five feet and five inches in her height. In 2012, she played the role of Raina Kumar in the TV series Shake It Up.

She has an amazing looks, she has pretty face and with stunning body figure. She is still believed to be living a single life.

She has once been nominated in Kids' Choice Awards, USA.