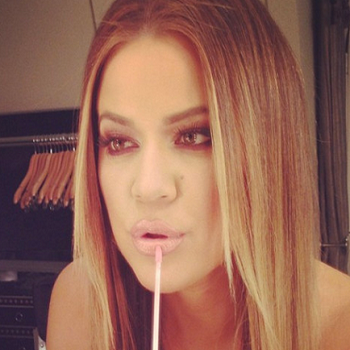 ...
Who is Khloé Kardashian

Khloé Alexandra Kardashian (born June 27, 1984) is a sexy American television personality. She along with her family members were commissioned to star in the reality television series Keeping Up with the Kardashians.

Khloé Alexandra Kardashian was born in Los Angeles, California, United States of America. Her parent are Robert and Kris. She attended Marymount High School but was home schooled after her sisters' graduations.

Kardashian co-hosted the second season of the US version of The X Factor with Mario Lopez. She along with her sisters, runs the retail and fashion industries.

Kardashian married NBA basketball player Lamar Odom. They met at a party for Odom's teammate Metta World Peace. She filed for divorce from Odom on December 13, 2013. She was then reported to be in a relationship with French Montana.

Kardashain has been nominated in various prestigious awards.

Kardashian suffered a traumatic brain injury in a car accident, causing long-term memory loss. She was arrested for DUI.