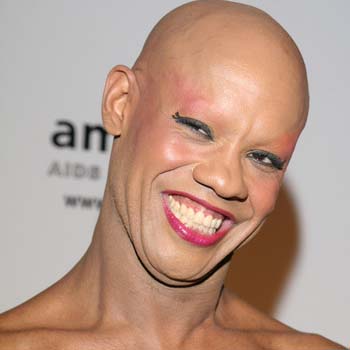 ...
Who is Kevin Aviance

Since his childhood he was keen on music so he study music and theater. He even worked as a hairdresser. He then started to perform and dance at different clubs.

He has appeared in many films a reality television show as well. Most of his songs have reached Number 1 of the Billboard dance chart. He has a renowned personality in gay scene.

He is homosexual and even hated by anti gay protesters.There is no any information regarding his personal life. However he is possible to keep it secret.