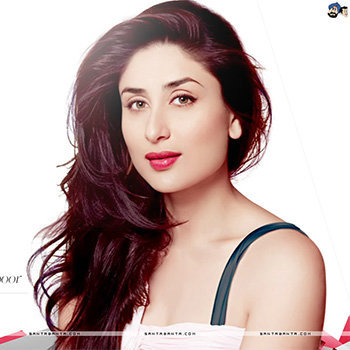 ...
Who is Kareena Kapoor

kapoor is youngest daughter of the top bollywood actor Randhir kappor and actress Babita. Her sister is actress karishma and cousin brother is Ranbir Kapoor. She studied law in at Government Law College and later enrolled at acting institute.

kapoor took 8 to 9 crores and her net worth is 79 crores. Her trademark is her lips. she is also waxed in Madame Tussauds and inductee of Bollywood Walk of the Stars. she is also desinger who earned title of India's first actress to own a clothing business and also an author.

kareena is married to Bollywood actor Saif Ali khan. They two got married in 2012. Previously she dated actor Sahid kapoor for very long time time. Their last movie is Jab We Met.

Rumor sated that she was in relationship with Hrithik Roshan and Fardeen Khan.Firstly she straightly denied her pregnancy rumors. Later she confrimed to medis that the rumors is true.