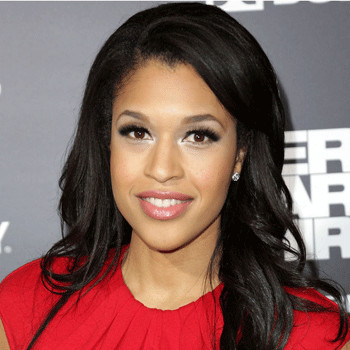 She was born in a family of Native American, German Jewish and African-American descent. At the age of 12 she started he high school and graduated from State University of New York at Purchase and she took her acting studies at SUNY Purchase.

She was able to establish herself as a model when she visited London and started her acting career from the movie ”Holla” a thriller movie. She also starred in the 2011 comedy film Bridesmaids.

She is in a relationship with a charming guy Faizon Love, they have been dating each other for a long time but aren't married yet. They don't have any children.

She has appeared several commercials and music videos and she was a 2007 participant in the reality series Last Comic Standing. She has also appeared on the hit CW sitcom 'The Game',

After the role played by her in Psych and Black Jesus, she has got noticed by renowned producers so she is likely to get a big break in Hollywood soon.