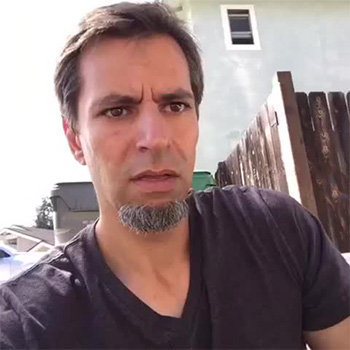 An American social media personality who is best known posting videos along side with his son Evancredible on his Vince account. He is from white ethnicity.

Josh was both born and raised in California, United States of America. His family background and his academic qualification are unknown. Darnit became the user of Vine right after its launch in 2013.

Till now he has accumulated more than 2.7 million on his Vine account. Eric Artell invited him and his Evancredible on the pilot episode of Behind the Vine.

Darnit is a married man. His wife's name is undisclosed. Together with his wife, he has a two sons and one daughter. The name of his sons are Evan, and AJ and daughter are Johnna.