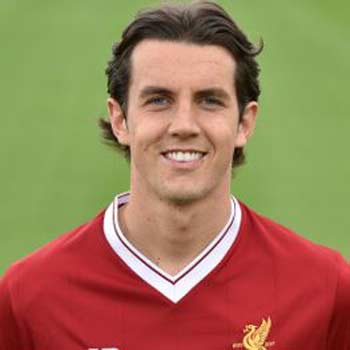 ...
Who is Jordan Williams

Grew up with the passion for outdoor sports, he joined Liverpool academy at the U14 level, having previously been playing for Wrexham.

On 23 September 2014, he made his first-team debut in League Cup clash against Middlesbrough, coming on as a substitute in the 79th minute for Jordan Rossiter. On 22 January 2015, he signed new two-and-a-half year deal with Liverpool. As in the International format, made his Wales Under-21 debut in a 1–1 draw against Lithuania on 9 September 2014. In August 2015 he was called up to the Wales senior squad for the first time.

Jordan Williams is very private when it comes to his private life. There is no any info available about his affair, married, dating history and relationship. It believed he is single and currently focuses on his career.

Jordan Williams has not been the part of any rumor and controversy.