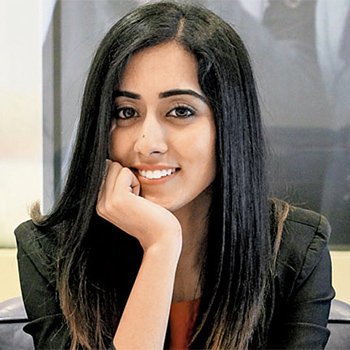 ...
Who is Jonita Gandhi

Born in New Delhi and brought up in Toronto. She started singing as a child around the house and her father encouraged her recognizing her potential. She first performed in 1996 at a gig at her father's show in Toronto.

She is a talented and versatile singer who can sing in multiple languages. She sings particularly Indian and Bollywood music and has sung for many hit movies including 'Chennai Express'.

Gandhi has formal training in Western classical music and during her stay in India has taken up training in Hindustani classical singing.