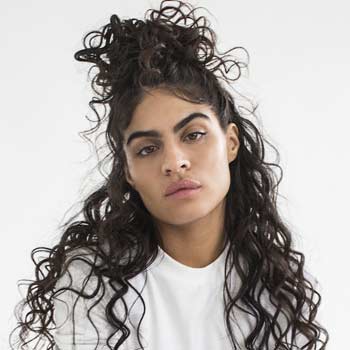 Jessie Reyez was born to Colombian parents in Toronto. Since her childhood, she was passionate about music, and her father inspired her to choose her career as a singer and musician.

Jessie Reyez stepped into the music world with the rapper King Louie debut joint single Living in the Sky in 2014. Later on, Jessie Reyez released her singles “Shutter Island” which reached to number 74 on the Billboard Canadian Hot 100. She has worked with superstar producers and recording artists like Skrillex, Babyface and Chance the Rapper. She will be seen on soon at Chateau Le Jardin Event Venue in Woodbridge, Canada on June 7, 2018. Likewise, on June 9, 2018, she will have a live performance at Bonnaroo Music Festival in Manchester, TN.

Jessie Reyez father was a famous guitarist. She has a younger brother and a sister. She is entirely private when it comes about her affair, relationship, boyfriend, and dating history. Aside from her acting career, she loves traveling and hanging out with friends.

Jessie Reyez bagged the Juno Award for Breakthrough Artist of the Year at the Juno Awards of 2018. Likewise, she also received several nominations, iHeartRadio Much Music Video Awards and Polaris Music Prize.

As of now, Jessie Reyez has not been the part of any rumor and controversy.