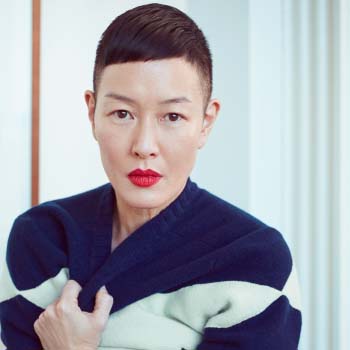 ...
Who is Jenny Shimizu

She was born in California. She is a Japanese American. She used to work as a mechanic and later did modeling in Calvin Klein CK1 fragrance and fashion.

She was star of the Fox fire. She had a very sexual intimation with Madonna and a romantic with Angelina Jolie. She said that she fell in love with her, second time she saw her.

She is a lesbian. She had a relationship with Rebecca Loos and even married her in documentary against law of gay marriage. Now she is married to Michelle Harper.

She hasn't received any awards till date.