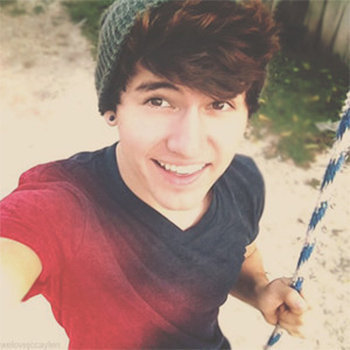 He was born on September 11, 1992 in Houston, Texas, United States. He first joined YouTube in September of 2010 with the YouTube channel lifewithjc.

His dog Wishbone is frequently featured in our2ndlife videos. In 2015, he spent 7 days on the road and he documented the experience on YouTube.

His parents divorced when he was very young. He has two sisters named Jaylyn and Ava Grace and a brother named Joe Felix. His birth name is Justin Caylen Castillo but he had it legally changed to Justin Cloud Caylen.

iDeactivateMC, whose real name is Anthony, is a informational Minecraft YouTube star. He is known for posting Minecraft Pocket Edition facts.

A social media star who has earned millions of heartthrob after posting his photos on his Instagram account. Apart from web career he is also renowned model and actor.

Bryan Le is a American Web and social media star. He rose to fame after creating his YouTube channel named as RiceGum. He is also vbologger and Game commentator.