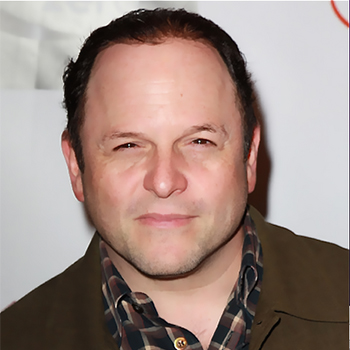 ...
Who is Jason Alexander

Alexander was born in Newark, New Jersey, the son of Jewish parents Ruth Minnie (née Simon) and Alexander B. Greenspan. He grew up in Livingston, New Jersey and is a 1977 graduate of Livingston High School. He attended Boston University. At Boston University, Alexander wanted to pursue classical acting, but a professor redirected him toward comedy after noticing his physiques. He was later given an honorary degree in 1995.

Jason Alexander is an American actor, comedian, director, producer, singer, writer who has a net worth of $50 million. He belongs to Ashkenazi Jewish ethnicity. He is recognized as big philanthropist and dedicated humanitarian with donating over $2 million to charities. He runs his own company in Los Angeles called Angel Ark Productions since 2010.

Jason Alexander is married to screenwriter Daena E. Title in 31 may 1981. They together have two children named Gabriel, born on August 1991, and Noah, born on February 1996.

Jason Alexander won a prestigious Tony Award in 1989 for his performance in Jerome Robbins on Broadway. He has won $250,000 on a celebrity episode of Who Wants to Be a Millionaire in 2002. He has won American Comedy Award for Seinfeld in 1992 and 1993 and has also won Screen Actors Guild Awards in 1997 and 1998.

There was a rumor that in the drama, “Seinfeld” ditched Susan, played by Heidi Swedberg, because Jason didn’t like the actress who played her and her comic styling.