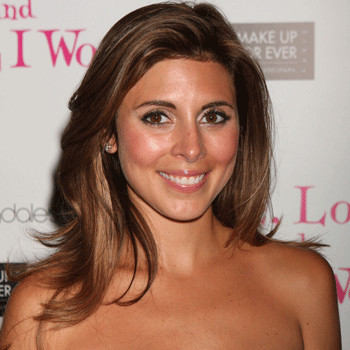 ...
Who is Jamie-Lynn Sigler

Began to sing at the age of 7. Attended Jericho High School and also studied at the Cultural Arts Playhouse in Old Bethpage.

Speaks fluent Greek and Spanish. Battled with eating disorder in late 1990s while starring in The Sopranos.

Engaged to baseball player Cutter Dykstra on January 2013. Been the mother of his son Beau Kyle Dykstra born in August. Previously married to her manager A.J. Discala and divorced in 2005. Afterwards dated with Jerry Ferrara and Mark Sanchez.

Been on the top 100 sexiest and hot women of the year by the different issues of different magazines at different times. Winner of 2 Screen Actors Guild Award and 2 YoungStar Award. Been nominated several times for various awards.

There has been the current rumor of her split and second pregnancy with Cutter Dykstra which are not confirmed to be true or false.