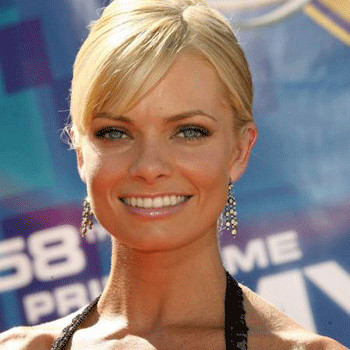 ...
Who is Jaime Pressly

By age 14, had her first cover on Teen Magazine and became the official spokesmodel for the International Cover Model Search. Legally emancipated from her parents at age 15.Hates doing love scenes. Feels that even a stage kiss is too intimate.

Currently single as she is divorced from her ex-husband of Indian heritage Simran Singh in 2011. They got married in 2009. Had dated DJ Eric Calvo (a.k.a. DJ Eric Cubeechee) and has a son from him named Dezi James Calvo born on May 11, 2007.

Winner of one Primetime Emmy Awards in category of Outstanding Supporting Actress in Comedy Series) as well as a Golden Globe Award and a Screen Actors Guild Award. Been the first person to appear on multiple covers of "Stuff" magazine.

Came in the rumor after some photos and video of her seeming to urinate on a public street circulated inthe Internet. Was arrested for suspicion of driving under the influence on the night of January 5, 2011 in Santa Monica, California.