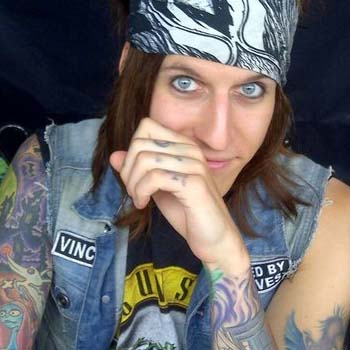 ...
Who is Jacky Vincent

Jacky Vincent is an English musician who was the lead guitarist and backing vocalist of the American post-hardcore band Falling in Reverse.

Vincent was born in Portsmouth, England. As a child he was known for speaking very few words and keeping to himself. He moved to the United States with his mother at the age of 20.

He released his debut solo album, Star X Speed Story, in 2013. On the same year Jacky joined forces with the Dean Guitars family, where the Dean Custom Shop honored him with his very own signature guitar model!

He was named Guitarist of the Year by the magazine Alternative Press in 2012.