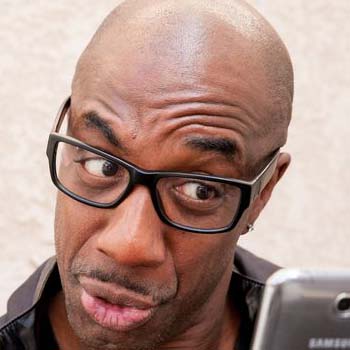 EDIT/Suggest of J B Smoove

He grew up in Mount Vernon, New York. He started using his stage name when he started performing his stand up comedy. He had roles on the sitcom Everybody Hates Chris and the sketch show Saturday Night Live, where he was also a writer briefly.

J.B has been involved in lots of generous contributions and philanthropic deeds to the needy and helpless around the world. Most of his contributions have been made to the homeless and handicapped children in African countries.

He is married to Shahidah Omar and has a daughter. believe it or not, he used to be a hip-hop dancer. He also used to work in a custom T-shirt shop where he printed T-shirts.

His film credits include Pootie Tang, Date Night and We Bought a Zoo. In 2013 alone he was a cast member on both CBS's The Millers and BET's Real Husbands of Hollywood.

Height of J B Smoove