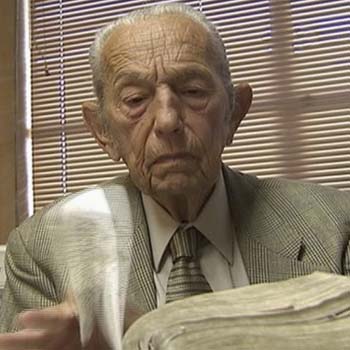 ...
Who is Harold Camping

Camping was born in Colorado and moved at an early age to California. Both his parents came from the Netherlands. In 1942, Camping earned a B.S. degree in civil engineering from the University of California, Berkeley.

Harold Camping was an American Christian radio broadcaster, author, and evangelist who had a net worth of $75 million dollars. In 1958 he and two others established the non-profit ministry of Family Stations, Inc. in San Francisco, California.

In 1943, he married his wife, Shirley Vander Schuur. He has seven children. He and his family were members of the Christian Reformed Church until 1988.

Harold Camping gets the Skull and Crossbones Award for being a deceiver.