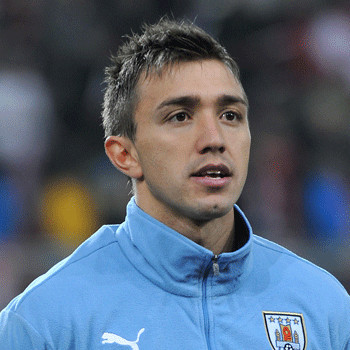 ...
Who is Fernando Muslera

He was born in Buenos Aires, Argentina. His birth name was Néstor Fernando Muslera Micol but became famous as Fernando Muslera. He started his professional football career with Montevideo Wanderes.

He is in a relationship with Almeda Abazi. This couple has seen at various occasions and many photos of them together can be found in the internet. But there is no more information about this couple marriage n children

He was selected as sixth best goalkeeper in the world in 2011. He was also awarded with Turkish Cup in 2013-14 season with Galatasary.