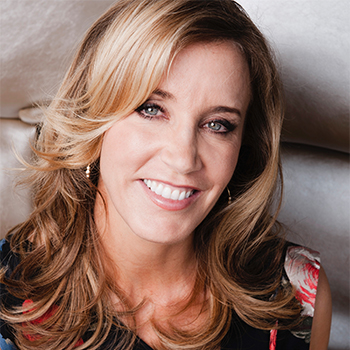 ...
Who is Felicity Huffman

Felicity Huffman was born in Bedford, New York, USA as Felicity Kendall Huffman to the parents Grace Valle (née Ewing), and Moore Peters Huffman. Huffman attended The Putney School, a private boarding high school in Putney, Vermont and graduated from Interlochen Arts Academy in Michigan in 1981. She attended New York University, Circle in the Square and the Royal Academy of Dramatic Art in London, England.

Felicity Huffman is an actress and director who has a net worth of $20 million and salary per episode of $275,000. She has German, English, Scots-Irish, Scottish, and French-Canadian ancestry. In 2005, Huffman revealed that she had suffered from both anorexia and bulimia in her late teens and twenties.

Huffman won a Primetime Emmy Award for Outstanding Lead Actress in a Comedy Series for the debut season of the series and three Screen Actors Guild Awards overall for Desperate Housewife. Her role as transgender woman in Transamerica earned her a Golden Globe Award.

An emerging actress, Ella Wahlestedt is best known for playing the role of Emma in the feature film Earth to Echo. She is also a model.