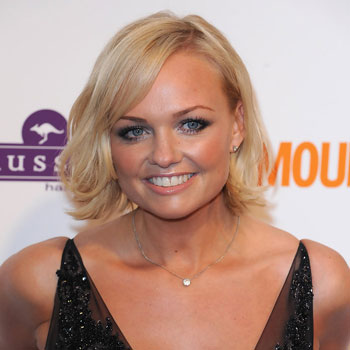 Born in Finchley, North, London she grew up along with her younger brother Paul James. She was raised by her mother, Pauline, a Karate instructor.

Being the youngest member, she gained the nickname Baby Spice in her group. She was diagnosed with endometriosis. In 2006, she was declared the godmother of Geri Halliwell's daughter Bluebell Madonna Halliwell. In 1999 she resided in a £1.6million penthouse and later moved with Jones in a mansion in Barnet, London. Every member of her group was paid £1 million to appear in Tesco advertisements. Moreover, she made her appearance in BBC series To Play the King as a prostitute. Besides acting, she is involved in radio, films, television, and fashion. She is also an active philanthropist and has engaged herself in numerous charity campaign.

She is a fiancee of British singer Jade Jones and the couple shares sons, Beau and Tate together. They started dating in the late 1990s while got engaged in 2011. She was previously in an affair with high profile personalities such as Justin Timberlake, Lee Brennan, and Rio Ferdinand.

She has earned numerous awards, Foxy Bingo Awards, Radio Times and TRIC Awards for her incredible work. Likewise, she has been nominated for Glamour Awards, Kids Choice Awards, Blockbuster Entertainment Awards and many others.

She was controversially encountered with some inappropriate questions in an interview by Stern at Howard Stern radio show in 2005.