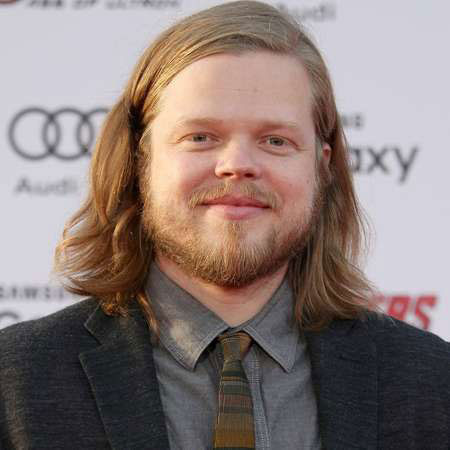 Elden Henson is an American actor most recognized for his portrayal, Fulton Reed in The Mighty Ducks. He is also praised for his work in the movies like DareDevil, The Hunger Games: Mockingjay - Part 1 and Part 2.

He went to Gary Golombek High School and later attended Emerson College for his high-level education. He entered the entertainment industry as a baby model when his mother took him to auditions. He began his acting career at an early age of seven appearing in an episode of 1st & Ten followed by an episode of Amazing Stories.

He recently guest-starred in Comedy Central's sitcom Workaholic. With his uprising career, he is earning a good amount of salary. His current estimated net worth is $500 Thousand. Besides acting, he has been linked with hockey causes around the United States. He even hosted several hockey camps for at-risk children.

He tied the knot with Kira Sternbach on April 30, 2014. Kira is an actress and casting director most known for Neighbors, The Captive and My Normal. The duo is blessed with an adorable son Dodger. According to the source, the couple separated on February 15, 2016, and Henson filed for divorce in 2017. The main reason for their separation was stated to be irreconcilable differences. However, there is no news on the finalization of their divorce yet.

Although the actor did not win any award till the date, he was nominated for a Young Artist Award for The Mighty Ducks in 1993.

There has not been any rumor and controversy regarding his professional and personal life so far.