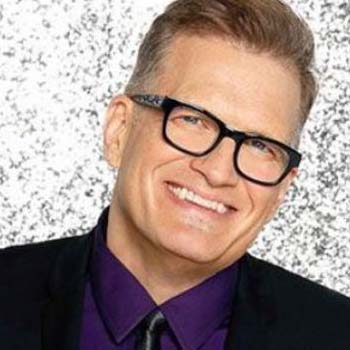 Drew Carey was born in Cleveland, Ohio, United States as a youngest son of Lewis and Beulah Carey. He is a graduate from James Ford Rhodes High School in 1975.

He has got mouth watering net worth of $165 million dollars. He stand as fifth most richest game show host of all time. He is 177 cm tall and weight 82.5 kg.

He is never married. He was engaged to Nicole Jaracz but was called off in January 2012. He does not have any children. Conner Carey is Nicole Jaracz's son from her Previous relation.

He has won several awards including Cable Ace Award for Best Writing for his writing Drew Carey: Human Cartoon, 2013 Daytime Emmy Award for Outstanding Game/Audience Participation Show,2000 Honorary DHL from Cleveland State University. He has also a star in Hollywood Walk of Fame.