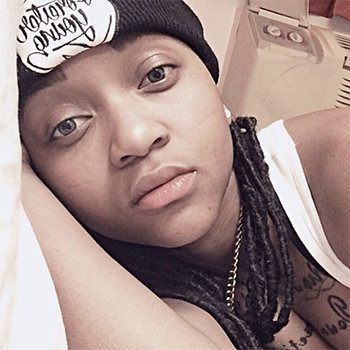 High-energy performer of comedy and music who travels the United States to host a variety of events at music venues, clubs, as well as motivational speeches at schools.

She was born in Chicago, Illinois and later moved to Valparaiso, Indiana where she grew up. Her birth name was Dominique.

She is a talented instrumentalist and songwriter who continues to hone her talents even with her fame increasing. She is well known for her popular YouTube channel originalsoulify, which has earned over 500,000 subscribers.

She is a lesbian and has a girlfriend Crissy Danielle with whom she has a separate YouTube channel entitled Domo and Crissy.

Domo is planning to have a baby via sperm bank. She has received a lot of support from her fans as well as negative comments. She has responded to those comments on her Facebook page.

One of the popular and talented youtube star and radio presenter from London who is well known for uploading three short comedy videos every week.

High-energy performer of comedy and music who travels the United States to host a variety of events at music venues, clubs, as well as motivational speeches at schools.

Social media star who posts a video regarding beauty hacks, challenges, chats, and vlogs as shows on her YouTube channel named Beauty Hack or Wack?