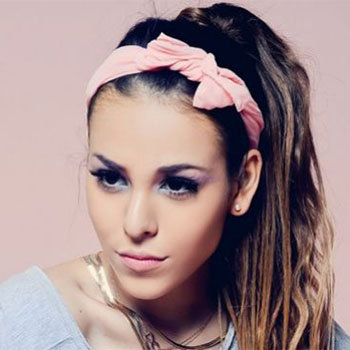 She was born as Danna Paola Rivera Munguía in Mexico City, Distrito Federal, Mexico. Her parents divorced during her childhood. She broke into entertainment at five years old with a role on the telenovela Rayito de Luz in 2000.

Paola's acting career began in 1999 when at age 4 she and her sister attended Televisa's casting call in Mexico City for Plaza Sésamo, the Mexican version of Sesame Street.

Paola currently resides in Mexico City. She is fluent in Spanish and English. She has an older sister named Vania. She is known to telenovela audiences for her roles on Querida enemiga and Atrevete a soñar.

She won the Kids' Choice Awards Mexico Favorite Latin Soloist honor for her self-titled 2012 album. She has won MTV Italy Awards, YouTube Music Awards, and has many other notable awards.