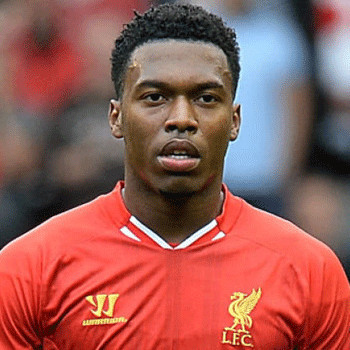 ...
Who is Daniel Sturridge

Daniel was born Brimmingham, England where he attended the Aston Villa Academy for 4 years and then moved to Coventry city. He began his youth career playing for Manchester City in 2003 and then joined the senior career in 2006.

He is currently 25 years old and weighs around 73 kgs . His salary is 3.38 million GBP according to 2012 statistics. He is a christian . When he was aged 13 , he joined Manchester city Academy so they had to pay compensation on international honors.

He began dating girlfriend Jourdan Dunn in 2013 which was initially a secret but was later publisized. He along with his girlfriend are often seen in Miami . There have been rumors about their seperation diue to infedility.

Like any other player , there have been rumors about his transfer to Manchester City back again but it is currently fallacious because he is actively playing for Liverpool . There are rumors about his alleged new girlfriend as well.