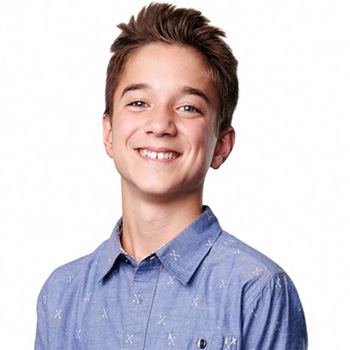 ...
Who is Daniel Seavey

Daniel was born on April 2, 1999, in Vancouver, Washington. Regarding nationality, he is American and belongs to white ethnicity. He has three other siblings named Anna, Christian, and Tyler. He is the son of Keri Seavey (mother). Son of a street singer, he started singing at the age of seven.

Due to his singing passion and incredible talent, he managed to impress the judge Jeniffer Lopez, in the 14th season of American Idol. In 2016, he became the member of the band "Why Don't We".

Info about Daniel private life is secret to the public. He has not shared any of info about his private concerns. According to some internet sources, he is single and currently focused on his career. Besides his career, he is a fun loving person and quite close to his mother and siblings. He also spends a lot of time in LA.

As of now, any kind of drastic rumors and controversy has not affected his life.