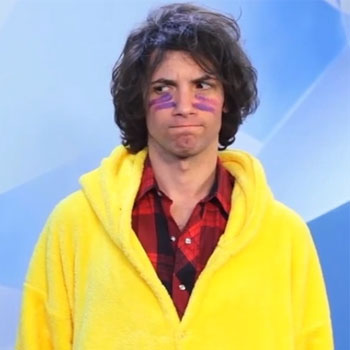 ...
Who is Daniel Avidan

Gained a global recognition after joining the musical comedy Ninja Sex Party. Dan is also working as the co-host on the Web series named Game Grumps.

Daniel was also collaborated with The Northern Hues and Skyhill. His birth name is Leigh Daniel Avidan and billed as a Danny Sexbang. He is also singer and song writer.

After being so popular and so successful, he has managed to keep his personal life low to his fans. It seems like he is quite reserved and busy on his professional career.

An American actor and editor. He rose to fame after being the best friend of the singer Justin Bieber. He has also directed music video of the single 'Pray' and 'Love Me.'

Jamie is an Youtube creator, filmmaker, web designer and entrepreneur. He is a popular YouTuber known for his channel xJamie1x who posts about his sexuality and his experiences growing up.

Lisa LisaandLena is an internet personality and a social media phenomenon. She is active in musical.ly and Instagram. She is also active in Facebook.