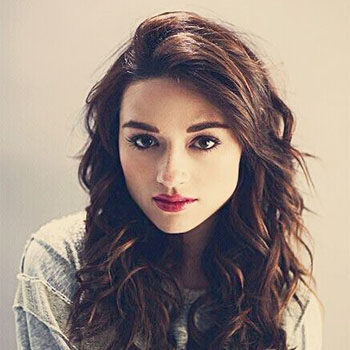 She was born in Detroit, Michigan, USA in a conservative Catholic family. She grew up in Roseville, Michigan along with her brother Corey Reed.

While she was in Roseville High School, she handled the post of dance captain in her dance club. She is of five feet and eight inches tall.

While she was starring in the TV series Teen Wolf, she fell in love with her co star Daniel Sharman. These days, she is in love with TV presenter Darren McMullen.

In 2013, she won Young Hollywood Awards. She has also been nominated in Teen Choice Awards twice.

Monica Keena is a popular American actress. She made her screen debut from "While You Were Sleeping in 1995". She also played Abby Morgan on the television series "Dawson's Creek" and appeared in the 2003 film "Freddy vs. Jason".

Mexican actress, singer, and songwriter, Sara Ramirez famous for her role as Callie Torres on Grey's Anatomy, she also starred in You've Got Mail. She earned the Tony Award for Best Featured Actress in a Musical for her portrayal of The Lady of the Lake in Spamalot.

American actress who is best known for her roles on television and radio. She played The Evil Queen/Regina Mills in ABC's Once Upon a Time. She also appeared in Miami Medical in 2010.