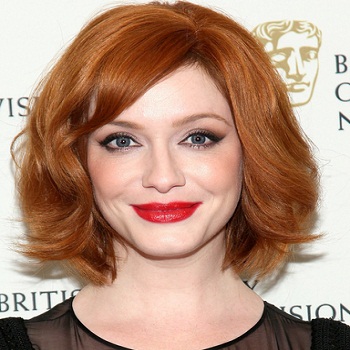 ...
Who is Christina Hendricks

Christina Hendricks was born on May 3, 1975 in Knoxville, Tennessee, United States. Her mother, Jackie Sue, was a psychologist. Her father, Robert Hendricks, who worked for the United States Forest Service, was originally from Birmingham, England.

Hendricks is an American actress who has a net worth $8 million dollars. Her salary is $100 thousand per episode. Her salary almost doubled in past four years.

Hendricks is a natural blonde and began coloring her hair red at the age of 10. She married Geoffrey Arend on 11 October 2009. She also told they got no plan to have children.

She has been nominated for six Emmy Awards.