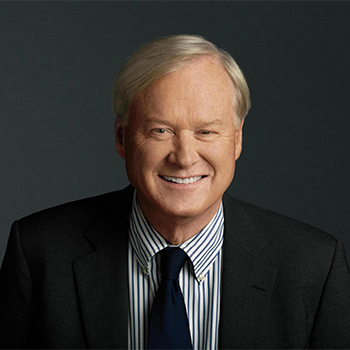 ...
Who is Chris Matthews

Matthews was born in Philadelphia, Pennsylvania, to parents Mary Teresa (née Shields) and Herb Matthews. Matthews attended La Salle College High School. Matthews is a 1967 graduate of the College of the Holy Cross in Worcester, Massachusetts, and did graduate work in Economics at the University of North Carolina at Chapel Hill. He was also a visiting fellow at Harvard University's Institute of Politics.

Chris Matthews is an American news anchor who has a net worth of $16 million dollars. He worked as a police officer in D.C. He also worked as speechwriter and an aide. In addition to his work in Congress, he worked as a journalist for the San Francisco Examiner.

Matthews received several awards, including The Pennsylvania Society's Gold Medal for Distinguished Achievement in 2005, the Abraham Lincoln Award from the Union League of Philadelphia, the David Brinkley Award for Excellence in Broadcast Journalism, and the John F. Kennedy Memorial Award.