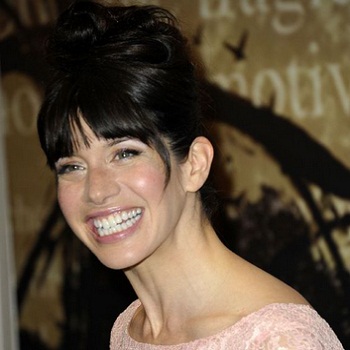 Caroline Catz was born in Manchester, England, United Kingdom to English Parents. She began her acting career since her childhood days.

She is still young and beautiful, she has not lost her charm even at the age of 45. She has a sensual body measurement of 33-24-35 and weights 54 kg.

Caroline is a married women. She dated the fellow actor Michael Higgs and married him in 1997. They together have one son and one daughter. They are really enjoying one another.

Caroline is an astounding actress and has won lots of fame and awards in her acting career.

A very beautiful and successful English Actress and Director Caroline Caplan well known as Caroline Catz born on 19th October 1969 in Manchester England. She is best known for her tremendous and unforgettable role in “MURDER IN SUBURBIA” as a Detective Inspector Kate Ashurst.
She started her beautiful career in acting as Caroline Caplan in early 1990s, but while registering with EQUITY (An Association, British Actor’s) she found the Caroline Caplan name was already registered with another actress then she decided to change her professional name as Caroline Catz.
In 1994 she played the lead role in the BBC’s show All Quiet on the Preston Front, it ran its three successful series and won so many Awards like Best Comedy Drama, RTS Award for best series, Great Britain Best original Drama Series Award etc, .  She played the role of Detective Inspector in Murder in Suburbia and later played same role in DCI banks.
She continued her acting in a TV series THE BILL as a Police officer Rosie Fox, it was her most long term TV show. She met Michael Higgs during this show. Later in 1997 she got married to Michael Higgs and become a mother of one daughter (Honor Ray) and one Son (Sonny Joe).
Recently in 2014 Caroline Caplan directed a documentary named “A Message To The World… Whatever Happened to Jesse Hector?” In the same year she narrated “EBOLA-The Search for Cure” a television documentary by BBC. In her recent Interview to Express she openly said that she hates to see and watch herself on TV screen, but loves to through herself into the character.

Hannah Murray is the beautiful and talented young English actress who is best known for her appearance as Gilly in the HBO series Game of Thrones and as Cassie Ainsworth in the E4 teen drama series Skins.

Mexican actress, singer, and songwriter, Sara Ramirez famous for her role as Callie Torres on Grey's Anatomy, she also starred in You've Got Mail. She earned the Tony Award for Best Featured Actress in a Musical for her portrayal of The Lady of the Lake in Spamalot.